In 1992, we moved to Yorktown, Virginia, and I got my first dedicated media room. We painted it red to contrast our large and very comfortable white leather sofa with end-cliners and matching loveseat. A new location deserves new equipment so I purchased an Outlaw Audio Model 950 Preamp-Processor to connect to my Parasound HCA-1205A five-channel amplifier. I installed a pair of Polk Audio 2-way in-wall speakers with hidden in-wall wiring above and behind the sofa to serve as the rear channels.

The biggest change to the system was the addition of an Outlaw Audio Model 950 Preamp signal processor. The 950 is A THX-certified 7.1 surround processor that offers multiple signal decoding options including several variations of Dolby Pro-Logic, Dolby Digital [DD], Digital Theater Surround [DTS], and Cirrus Surround formats.

My Yorktown system consisted of:


In the center section:
and in the lower section:

The Outlaw was the most expensive component I had ever purchased. In reading the reviews, it compared favorably to products like NAD, Adcom and Sunfire at a much lower cost. The 950 had many features that were new to me. It had video upscaling, and a 12volt trigger out, also triggers the SCAMP to turn on/off the Parasound 5-channel power amplifier and the dbx processor. The dbx 3bx provided two functions. It increased the dynamic range between loud and soft passages and boosted suppressed transient signals to give drums and percussion more punch.

I bought a SONY Commander programmable remote control to replace all the other remotes I accumulated.

I bought a SONY Commander 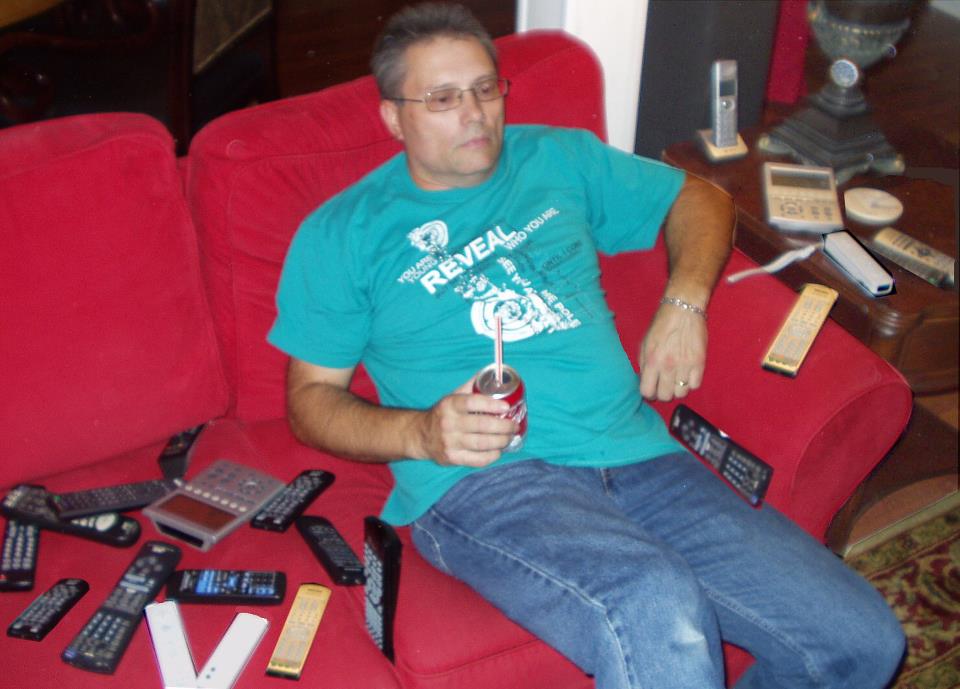 The Sony Commander programmable remote [left], replaced all the remotes you see here