It's my "Single Days" Set-up

My father served for a year in Vietnam from April of 1968 to April of 1969. He got a mid-tour break for Rest and Relaxation, and went to Singapore. Finding he had time and money and not much to do, he bought a few pieces of high fidelity audio equipment through the Post Exchange catalog service. He purchased a Kenwood receiver, two Sansui speakers, an Akai open-reel tape deck,, and had them delivered to the States.

I don't ever remember hearing the system played. That is, until my mother's niece came to stay with us when I was in the 6th grade. She gathered the equipment together and hooked it up. She would sing with the radio and record it to tape. She listened to lots of ballads: Wolverton Mountain, Que Sara, Sara, and Patches. It was fascinating to me. When she left to return home, I laid claim to the equipment and hauled it to my bedroom. My choice of music were groups like Boston, Kansas, Lynyrd Skynyrd, and the Eagles.

A system of my own

Once in high school, I started buying my own components. My first purchase was a Kenwood KR-3090 receiver. I followed that with a Teac A-108A cassette recorder, a Technics turntable and a Pioneer graphic equalizer. Eventually, I bought a pair of Kenwood 888X speakers. 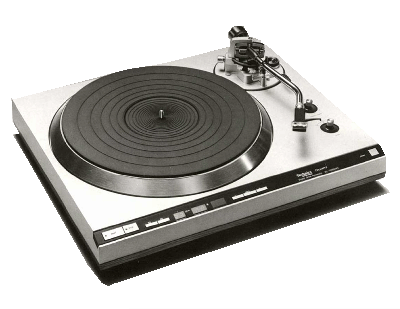 Kenwood 888x with the grill off

My system was all about the music. The video portion was an after-thought. When I started college, I moved the audio equipment to the living room. The video portion was already there; independent but co-located. The video portion consisted of heavy Philco color console television and a Panasonic portable VHS VCR. The VCR was not cheap - it was early in the release of home recording technology and it cost about $1100 at the time ($3800 in 2018 dollars). In contrast, the television, with a blurry picture and beginning to lose it's color, was a second-hand gift.