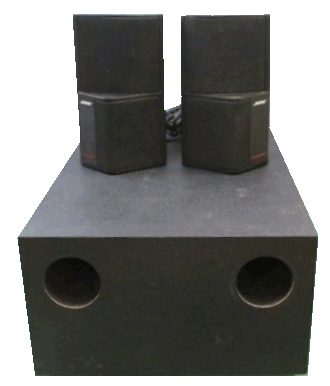 In an effort to reduce the footprint of my stereo in our living room, my wife bought me a set of Bose Acoustimass 3 speakers. The Acoustimass 3 system came as a three-speaker set. It features a vented port mid-bass and two higly dirctional The passive xxx . Because bass is non-directional (that is, you can't really tell where it's coming from), the Acoustimass system put a mid-bass unit in a box that could be tucked away in a corner or behind a sofa. The system also included two dipole (two-direction) satellites that would reproduce the high frequencies to establish the stereo positioning. The Acoustimass system was Dr. Bose's way of producing room-filling sound with hidden hardware.

However, I wasn't happy with the Bose. In my opinion, the system works as intended, but because the of the power draw of the mid-bass unit, the Bose does not reproduce as clear or as loud of a sound as other speaker systems.

In a compromise, I said I would sell the large Kenwood KL-888x speakers. For Father's Day, my wife bought me a pair of Polk Audio R40 towers, and I sold the KL-888x's on eBay.

I was favorably impressed with the Polk Audio towers and eventually rounded out my speaker system with a Polk Audio CS-245i center channel speaker and a Polk Audio PSW-250 8" front-firing subwoofer.

My first outdoor speakers were Polk Audio. At the time, we lived in Florida and had a covered patio next to the pool. I crawled into the attic and cut holes in the ceiling above the patio to install two weather-resistant full-range speakers. They were a big hit making their debut playin patriotic music for a 4th of July pool party.

Digital signal Processing was followed by Dolby Lab's "Pro-Logic", a signal encoding and decoding technology that required five speakers: two front, two rears, and one in the front center. Pro-Logic combined waveforms that were similar in the front left and right, and sent them as a monaural signal to the front center. Waveforms that were unique in the front left and right remained routed to the front sides, providing stereo separation. The rears received a signal with reverberation and time-delay added to provide a "fullness" of sound.

Eventually, one channel went out on my Kenwood KR-3090 receiver. Since digital surround was the newest thing, I bought a new DSP receiver to replace it. My first purchase was a JVC with Surround Sound. I connected it with my new Polk R40s in the front and the Bose Acoustimass 3 in the rear. The sound was disappointing. Although it was rated at 100 watts-per-channel, I don't believe the rears received that much. Even at full volume, the rear channels were barely audible compared to the fronts. I think the small BOSE speakers with the passive mid-bass drew a lot of power that the JVC just could not deliver. 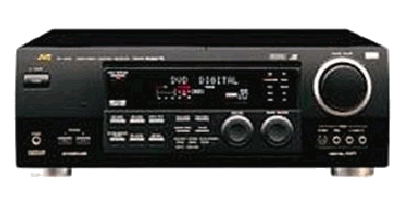 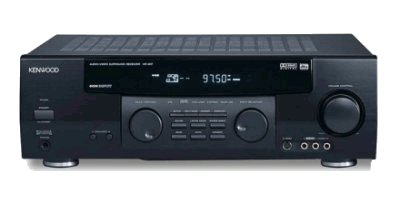 The sound quality was so disappointing, I quit listening to music during thr mid-90's. (Mid-'90s music wasn't that great either). Eventually, I bought another receiver. Since I had been happy with my previous Kenwood, I bought another Kenwood, the VR-407. T this one was rated at 100 watts-per-channel, all five channels. I connected the Kenwood KL-888x speakers to the front and the BOSE acoustimass 3 as rear speakers. Performance was adequate, but not remarkable. Neither receiver gave a satisfying sound.

My Introduction to High-Current Amps

One of my co-workers had a home system he was upgrading. He begged me to come and hear it. After putting him off for several months, I ran out of excuses. So I grabbed a couple of my favorite CDs and went over for a test ride. One reason he wanted me to come over so badly was he wanted to sell me his old equipment. He had a new Onkyo receiver, and five huge Definitive Technology tower speakers. Both his front towers had a subwoofer built in. I was amazed. 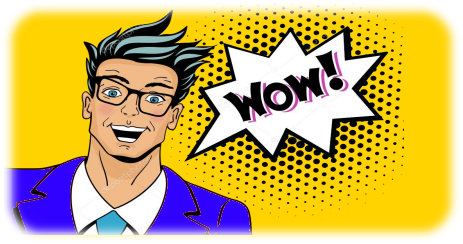 He explained to me the difference in " normal" and high-current amplifiers. His sinister plan worked. I bought from him his non-working Harman / Kardon AVR-60 receiver and his two Definitive Technologys BP6 bi-pole towers. I had the Harman / Kardon repaired for $40.

Being an engineer type, I decided to test it for myself.

That test convinced me that high-current was the way to go. I found a website called Audiogon where audophiles re-sell their "higher class" components. There I found a Parasound HCA-1205A 5-channel high-current amplifier rated at 125 watts-per-channel (4Ω). 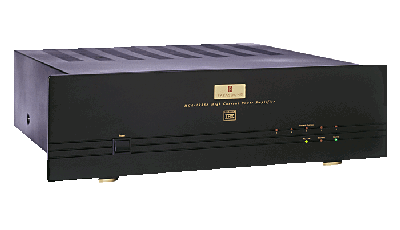 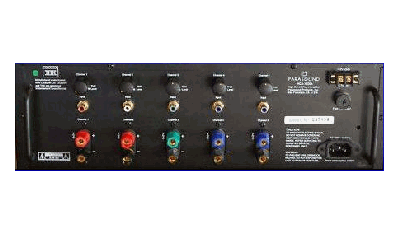